I believe this is a post for a smaller group of (somewhat nerdy) people, so I will instead write it in English, rather then in Swedish towards the usual Swedish blog audience. Enjoy!

I got a Xbox (original) from 2003. This is the version 1.4, due to the Focus chip. [1, 2, 3]. In this time when the xbox was manufactured, the world of capacitors was out of balance. Something that later got the name Capacitor plague. So to extend the life span of an old tech relic, the old faulty capacitor(s) most be talken care of. 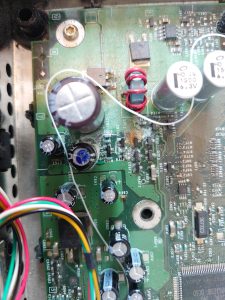 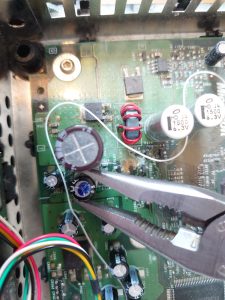 Remove the bad condensor by (gentle) force (back and forth) or with soldering tools in hand. 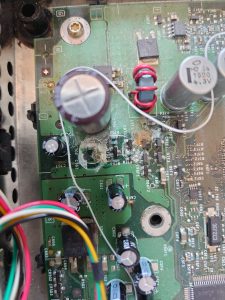 Analys the area and grab whatever you find appropriate to clean it with. Yes, isopropyl alcohol would be the best choice. 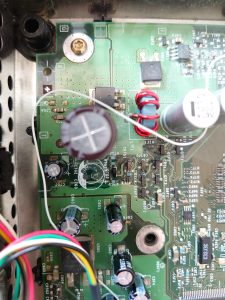 Of course we could replace the bad capacitor with a new one. But it is by no means necessarily, since it only affects the system clock to lose track of time if power cord gets disconnected.

Not a single right or wrong decision. Let your own moral be your guide in this dilemma.

Some background – I bought a Hyperkin Panorama Xbox HDMI cable to add some modern HDMI output. Sadly I realised that the picture where flickering a lot via this cable in PAL mode. Works well via s-video and composite.

After some internet searches. Everything again pointing towards bad capacitors or grounding issues. Maybe some other power issues as well (source: here)?

I thought the first step would be to replace the three capacitors (3300uF 6.3 V) near the GPU. So I went for it: 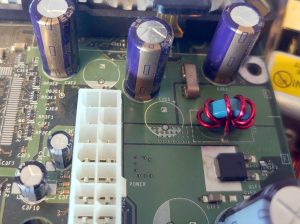 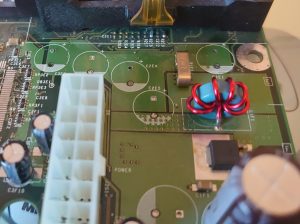 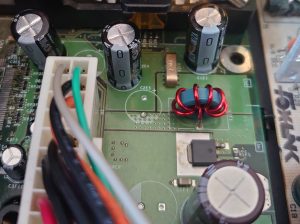 But no, same thing happen anyway. Flickering HDMI picture. But hey, atleast I got some fresh capacitors installed.

I guess I need to continue with another HDMI cable or HDMI solution. Because a change of PAL to NTSC (via the Enigmah tool) didn’t solve the flickering issue.

– Use another cable (s-video or component) solution, and make it HDMI via a convertor. 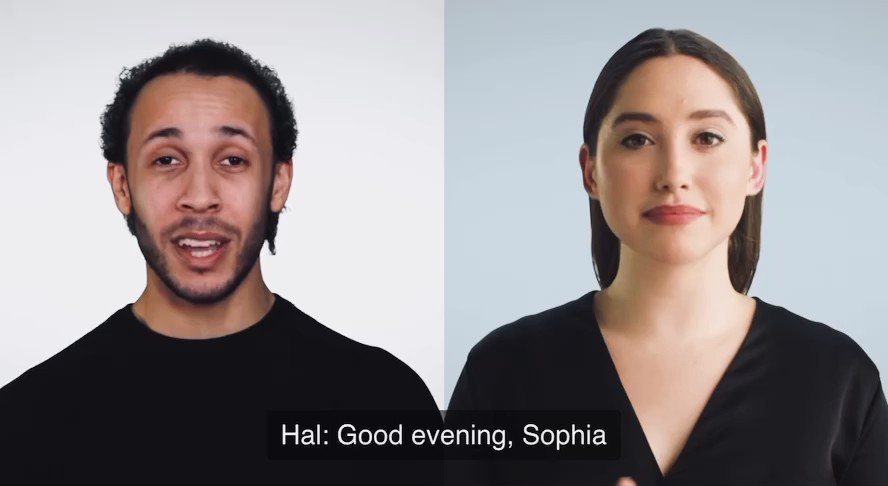 ChatGPT@openaicommunity
For those who never seen AI communicate with each other: